Policy makers all over the world struggle to assess the ethical and human rights impact of new research in genetics and genomics, human enhancement, artificial intelligence and robotics. Researchers from four continents have teamed up in the SIENNA project to help improve existing ethical and legal frameworks. CRB is part of a consortium that receives a financial contribution of just under €4 million from the EU’s Horizon 2020 programme. 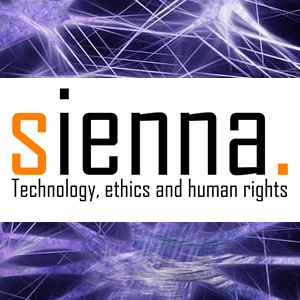 It is difficult to predict the consequences of developing and using new technologies. We interact with robots, smart devices, intelligent software, prosthetics and implants in daily life. At the same time, new and improved technologies for genetic and genomic research are making their way from research to patients and consumers in the form of cheaper and more accessible tests and screening programmes. The Centre for Research Ethics & Bioethics (CRB) contribute our expertise on the ethical, legal and social aspects of genetics and genomics. We also lead the work to communicate SIENNA results outside the project.

Today, we are closer to scenarios we could only have pictured in science fiction a few decades ago. Genetic diagnosis is not new. Diagnostic genetic tools have been used for decades to screen and test individuals and families with specific types of hereditary disorders. However, now new gene editing tools are being developed that could help treat genetic diseases. At least in theory, this could be used to ‘design’ or modify specific genetic traits in humans. Similarly, education and exercise have long been understood as tools to improve or enhance our abilities. Newly developed technologies promise a more specific and more effective way to enhancement. While advances in artificial intelligence and robotics could perhaps promise to fill jobs currently done by humans. This, in turn, could affect what employers expect from their staff.

Who decides about the use of new technology, and who is accountable for that use? What kind of regulations should be in place and what concerns should they address? The SIENNA project sets the ground for ethical codes and recommendations to improve existing legal frameworks, bringing together researchers from Europe, Asia, Africa and America.

Heidi C. Howard leads SIENNA’s work on Genomics. According to her, studying the different ethical, legal, and social aspects of different areas in one larger project adds value, not least because human enhancement, to some extent, overlaps with genomics, AI and robotics.

The project also raises challenging philosophical questions. Where do we draw the line between health and illness? Cosmetic surgery for a burn victim is different from the same procedure for someone suffering from mild social distress. One is a treatment, one is considered enhancement. What do we expect from intelligent software in terms of morality? Are we willing to give up privacy to have our genome screened for genetic disorders, or our personal liberty to interact with machines?

Both the public and policy makers are concerned about these issues. In recent years, there have been numerous academic publications on the ethical and human rights issues of new and emerging technologies in genomics, enhancement and robotics. What is new in SIENNA is the extended approach, looking at these areas together.

“There is both value and challenges in the multidisciplinary approach, and to studying different national contexts. Although the SIENNA project is ambitious, we do not plan to reinvent any wheels, but rather to build on what has already been established in terms of ethical, legal and social issues research of each area, and fill in the gaps where needed. Another strength of the project is the emphasis on bringing in professional societies to get their feedback on our work”, says Heidi C. Howard.

The SIENNA project - Stakeholder-informed ethics for new technologies with high socio-economic and human rights impact - has received just under € 4 million for a 3,5 year project under the European Union’s H2020 research and innovation programme, grant agreement No 741716.

Disclaimer: This text and its contents reflects only SIENNA's view. The Commission is not responsible for any use that may be made of the information it contains.

Our extensive experience in ethical, legal and social issues related to human genetics and genomics, coupled with our expertise in communicating research results makes CRB a valuable partner for SIENNA. We lead work on the ethical and human rights analysis on human genomics and are also responsible for making sure results from the project are communicated beyond the scientific community.